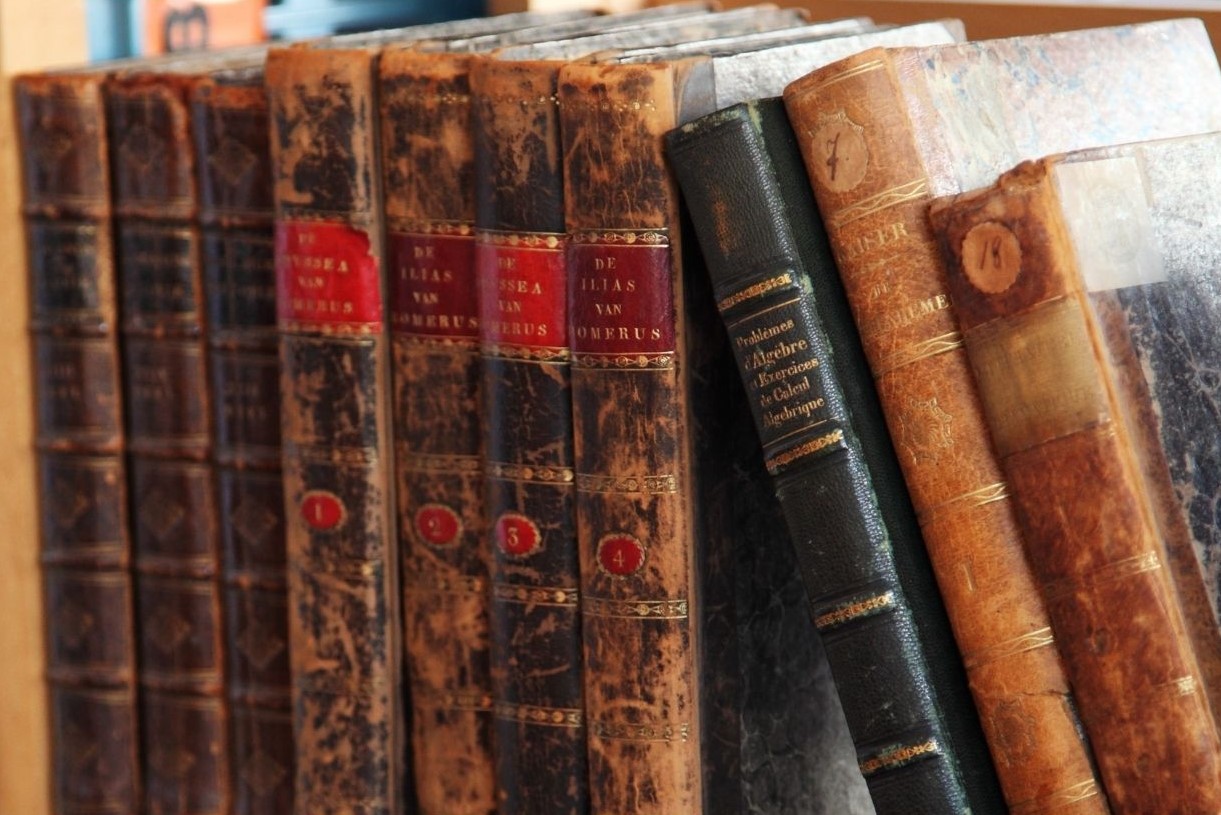 History of the Seneca Falls Library

The interest in satisfying the reading tastes of local residents goes back to not long after the village was settled.   A program from the 60th anniversary celebration of the library includes an 1839 scene of the “Young Men’s Library Association.”  Little is known of the success or failure of that effort, but the American Reveille issue of March 3, 1856 noted that establishment of a public library was being proposed by “our Irish citizens” who had “taken hold with a commendable zeal, and that all that is necessary to carry the plan into effect, is the cooperation of all citizens.  It is not proposed that the library shall be anything like a sectarian affair, but that is designed for the general use of the public – consisting of select historical and choice miscellaneous works.”  A meeting was called at Concert Hall “to complete an organization and to elect seven Trustees, for the management of the proposed Library.  Let there be a full attendance.  It is a matter in which all are equally interested.”

Whether the effort came to fruition is not chronicled in the Seneca Falls Historical Society’s newspaper record, and next mention of a library appears in The Reveille of January 25, 1884, noting that a new circulating library had opened “in Maurer & Carpenter’s drug and book store and now is in working order,” with the comment that “the advantages and benefits of which may be enjoyed for a trifling sum.”  The large proportion of volumes, the account adds, “are works of fiction, history, travel, biography.”  A flowery apologia for the collection, particularly of its “novels and romances of a better sort – and no circulating library should have any other,” is concluded by the observation that “if people would give more attention to good books, their minds and morals would be improved.”

The 60th anniversary program also included a skit “The Opening of the Seneca Falls Library” in a room in the Phoenix Block in 1888, followed by another of reorganization in 1891.

The January 12, 1897 Reveille chronicles an impending move of the Seneca Falls Library from the Exchange National Bank Building to the home of Mrs. James H. Gould in Terrace Row, noting that the trustees had accepted a three-year lease with renewal privileges, and that “carpenters are now engaged in putting up the shelves for the books in some of the lower rooms” with the move from the bank building to begin the following week.

Growth and continuing change at the library again are reported in The Reveille of February 22, 1901, when a popular shift took the institution from “contributing” to “free,” bringing “its benefits within the reach of the entire community.”  Librarian Miss Ellen Wickes reported a “remarkable increase in the volumes issued,” more than 12,000 across a two-year period.  She further noted that 379 volumes had been added to the collection in the past year along with “very many new magazines and periodicals.”  The newspaper noted that “the young people of the community are very generally availing themselves of the benefits of the library, and the tendency is naturally toward more substantial and more useful reading.”  After noting other advantages such as arrangement, accessibility, location and management, the article concludes with the comment that “with more generous encouragement of the community, it will ultimately become a source of pride and satisfaction to all our people.”

The sale of the Gould house in 1903 forced another move on the library, with its relocation to the 20th Century Building just west of the Hoag House on Fall Street, close to the center of the business district.  Applauded by The Reveille as a more central location, “well-lighted, easy of access,” the change would “doubtless prove satisfactory.”  The editor, long a library supporter, couldn’t resist a gentle plug for “the ladies in charge who have worked hard to make the library a success” and for a more generous financial support, noting “it costs money to maintain it, however, and there should be a more liberal bestowal of money by those who use the books.  A small sum from each would suffice to pay the running expenses and give a surplus with which to purchase new books.”

A year later, the library made the significant shift to property owned through the munificent gift of Hannah E. and Wilhelmus Mynderse of New York, who purchased the Sidney L. Monroe house and property at 31 Fall Street for the then considerable sum of $4,250 and deeded it to the association.  Recorded in the Seneca County Book of Deeds No. 122, Page 319, the transfer took place October 23, 1904, as extending from Fall Street north to the Dey Race south, bordered on the east by Trinity Episcopal Church and on the west by the property of Mrs. Anna Lawless.  Reporting the beneficence in its October21, 1904 edition, The Reveille stated: “The location is an admirable one and the house can be readily converted into a suitable and proper home for the Library.  The announcement that Mr. Mynderse had thus provided for the future needs of the society was received with feelings of pleasure and satisfaction by all of our people.  The gift will be held in perpetual and pleasing remembrance.”

Little could be found concerning the adaptation of the property, which included a barn, to library use, but the far-seeing Mr. Mynderse, bearing fond memories of his native Seneca Falls, made another ample provision for the Library’s future when he included $5,000 in his will in his vision for a building created specifically for library use.  The bequest, reported The Reveille, “will be safely and sacredly invested until it shall reach a sum sufficient to erect a building commensurate with the needs of the society, and in accordance with the clearly expressed wish of Mr. Mynderse.”  Added to that sum, the newspaper recorded, was another bequest of $500 from the estate of Eliza A. Pollard.

The house, which had been built some 54 years earlier and first had been the home of the late Ebenezer Ingalls, served the library and community well through the next 11 years, both as the Seneca Falls Library and from 1906 as Mynderse Library, in appreciation of the Mynderse gifts.  However, the property was damaged during the 1913-16 reconstruction of the Cayuga-Seneca Canal, as was the adjacent Trinity Episcopal Church property.

In an April 28 article in 1915, The Reveille noted that the property had been valued between $15,000 and $20,000, and bewailed the State’s appropriation of both church and library property.  “It seems like cruel fate for the State to deprive the village of both church and library without offering anything in the way of return without even a suggestion of relief for the wanton manner in which this valuable property is sacrificed,” it trumpeted.

Apparently, the State heard and heeded the lament, for a subsequent article in the newspaper, dated the following June 11, reported, “It seems to be conceded that the State, in the construction of the new barge canal, will not despoil Mynderse Library.”  An October notification from the State made it official, stating that the library lands are “no longer necessary for canal purposes…excepting, reserving and forever retaining the perpetual right and easement to flood said lands or any part thereof for canal purposes.”

With the State also recognizing its responsibility for the damage to the property, the library would receive a check for $10,844 the following February.  “With this sum and such other means as the Library has on hand,” reported The Reveille of February 4, 1916, a new and handsome building will be erected for its use.”  I. Edgar Hill of Geneva would be the architect, and construction proposals “will probably be invited before the close of another week.”  The new 63 by 36 foot building was to be completed before the close for the year at a cost of $12,000, with the contractors to be Charles Deffendorf of Auburn, William Sattler of Geneva, Story & Strong of Seneca Falls, and E.C.Sackett & Co. of Rochester.  The cornerstone was laid as August closed and housed a metal box with Seneca Falls memorabilia, including history, portraits of both Col. Wilhelmus Mynderse and his son, Wilhelmus Mynderse, the largest patron.  Fred L. Story, president of the Library Board of Trustees, placed the box.

The informal opening for visitation and inspection would be May 25, 1917.  The structure was completed and furnished under the direction of association members Mr. Story, Ajah R. Palmer and Wilmot P. Elwell.  It was, reported the newspaper, “a credit to all concerned…Nothing has been omitted to make it a model of its kind.”

After serving the community for 165 years, a newer and more spacious facility was needed.  The community joined in to raise the funds, and in November of 2003 the library moved to its current location at 47 Cayuga Street.  At the time of the move into the new facility, the name reverted back to the Seneca Falls Library, and the building was named after Michael F. Nozzolio, New York State Senator and Seneca Falls resident. 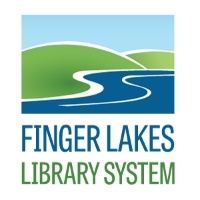 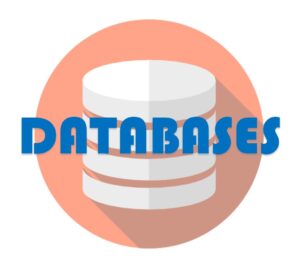 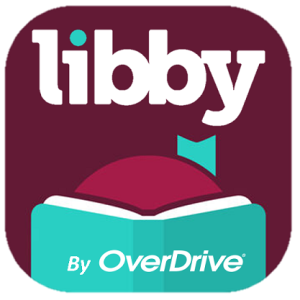 The mission of the Seneca Falls Library is to serve the community’s educational, informational and leisure needs through the provision of literary materials, programs, meeting venues and multimedia services.